“…
We are aware that there exist two kinds of medicine.
The medicine for the servants and the medicine
for the free citizens.
The medicine for the servants must quickly
eradicate the symptom, so as the servant
returns to their job.
(* the word “work” is not used)
The medicine for the free citizens embarks on locating
the cause and to fully restore the health of the patient.
Plato
Laws, Book D’
…”
.
Please note :
Within the Hellenic language
the word for “job” (δουλειά > douleia)
and
the word for “slavery” (δουλεία > douleia)
have only the accent to diffirentiate between them,
(the emphasis of tone).
In the Ancient Hellenic language
the very word for
“slavery”
and the verb
“to slave”
became in “New Hellenic”
the word for “job”
(with the differentiation of an accent on the ending ‘a’)
and
the verb “to slave”
is used exactly in same pronunciation
BUT
means “to work”,
although
the actual word “work” (ἐργασία)
and
the actual verb “to work” (ἐργάζομαι)
both exist, but they are seldom used.
In fact, the verb “to slave” does not even “register”
as what it actually says, to today’s Hellenophones.
MANY Hellenic words were “shifted” like that,
misappropriated from their true meaning,
in order to
control the mind
and its free-association thinking
(which is what makes the Hellenic language
so absolutely unique for ITS users).
Words like
* crisis (κρίσις)
actually means “the faculty of the mind to assess”
(for example, the person who does this is a “critic”)
yet, “today” it means “to be in a devastating situation” !
The very word that “speaks” of
the Humans’ divine propensity,
was altered to be associated with
something dreaded and repudiated !
* economy (οἰκονομία)
which actually means “divine, universal law”
{from the Hellenic words
“eco” (οἲκος) “home”,
[(οἰκουμένη) world, e.g. ecumenical
which actually means “of the (whole) world”]
and
“nomy”, from “nomos – nomoi” (νόμος – οι) > “law” – “laws”}
The very word used in Evangel (Gospel)
to describe the “Divine Law” of our world
and UniVerse, was literally
stolen and misappropriated
to mean the state of the “man-made god”
of MONEY.
And the list is quite severely continues.
As Steve Biko said :
“…
The most potent weapon in the hands of the oppressor
is the mind of the oppressed.
…”
.
Studies of
the Ancient Hellenic language
have proved that the language
“heals” dyslexia
(http://www.aall.org.au/allpublication/help-dyslexic-learner-unlikely-source-study-ancient-greek)
and that,
it restores many of the “mental pathologies”.
.
That is why Henry Kissinger famously
declared in 1974, the following :
“…
The Greek people are anarchic
and difficult to tame.
For this reason we must strike deep
into their cultural roots : perhaps then
we can force them to conform.
I mean, of course, to strike at their language,
their religion, their cultural and historical reserves,
so that we can neutralize their ability to develop,
to distinguish themselves, or to prevail.
…”
And they did.
They literally completely eradicated, for example,
the learning of Ancient Hellenic, from our schools.
.
Reminds You of anything … ?!!
The same doctrine of native “obstacle” disposal
over and over again.
.
“…
Who controls the food supply controls the people;
who controls the energy can control whole continents;
who controls money can control the world.
…”
~ Henry Kissinger (1973)
.
“Depopulation” is the tactic of the day.
The ultimate fascist regime of
“money”
and
limited, controlled supply of replaceable
“labour”.
Everything in between was
strategically being obliterated.
.
No matter what “they” planned
and are implementing,
it is
OUR TIME
ONE PLANET ~ ONE HOMELAND
.
WE ARE HUMANITY THE BEAUTY~FULL
.
WE ARE READY FOR OUR NEW CAENE WORLD
.
OUR ABUNDANCE IS INEVITABLE
.
. 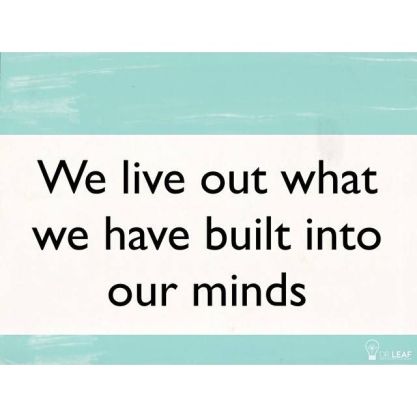